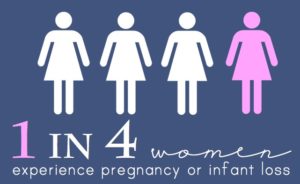 Pregnancy and Infant loss includes the loss of a child at any gestational age through one year old. There are many causes for a pregnancy or infant loss, with nearly 1 in 4 pregnancies ending in loss.

Statistics about Pregnancy and Infant Loss

3,700 Sudden Unexpected Infant Deaths in the United States in 2015. The chart below illustrates the break down of the total SUIDs number. 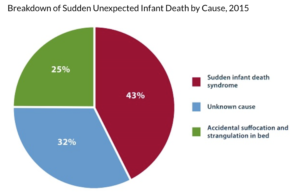